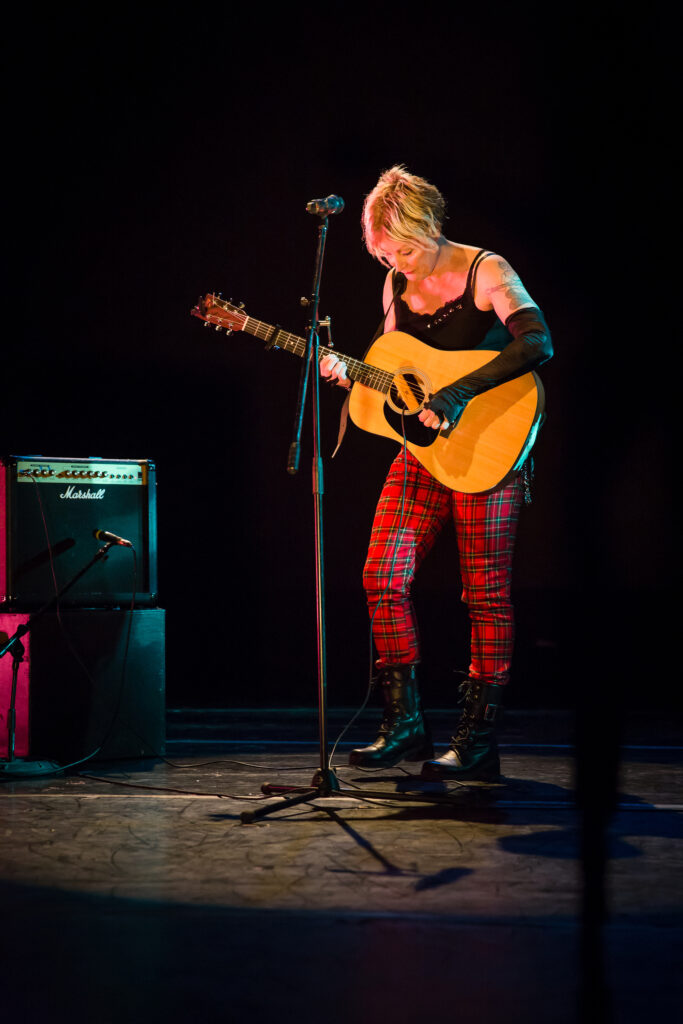 “In these turbulent times, you may often wonder, ‘Where’s our Bob Dylan? Where’s the bard of the 2010s translating the dicey political and social climate into musical stanzas?’ … Enter Shawna Virago.”
– POP DOSE

“First and foremost [Virago] is a superb lyricist, a balladeer who can please and accuse.”
– HERE COMES THE FLOOD

“Shawna Virago is more punk than the punks”
– SF WEEKLY

“When you think of traditional, ‘folk singers,’ transgender singer/song-writer Shawna Virago may not come to mind, but she should. She’s the definition of ‘folk music,’ which is not just an expressive body of work, it’s a cultural movement, it’s not just lyrics, it’s a beautiful poetic story authored over a melodic soundtrack.”
– NO DEPRESSION

SHAWNA VIRAGO is a songwriter celebrated for her striking lyric-based songs. Her songs twist together folk, punk and twang. Virago was one of the nation’s first openly transgender women to perform and tour nationally, and has performed as an out transwoman since the early 1990’s. Virago has been profiled online, in print and on radio including Bitch, Louder Than War, No Depression, Paste magazine, on NPR and PBS, and on left-of-the-dial radio. The Advocate named her song “Objectified,” as one of the nation’s top Transgender Anthems. Her last full-length album ‘Heaven Sent Delinquent’ (Tranimal Records) was featured in many national publications and year-end best-of lists.

Virago is a published writer and her work appears in Gender Outlaws: Next Generation and in the anthologies Trans/Love: Radical Sex, Love & Relationships Beyond the Gender Binary, Take Me There, and Transnational Queer Underground. She is the Artistic Director of the San Francisco Transgender Film Festival and her films have screened at festivals throughout the world.